Our Leaders Are Taken From Us!

They took Malcolm and John and Martin, and in doing so they broke our spirits and took our hearts and souls. We will still fight and move forward because we are survivors, but without our strong and wise leaders we as a people will never ever be truly united as one. If only the color of our skin could be the glue that binds then we would be strong. However, we, as black people, suffer the same unjust, unequal, and unfair lies that were promised to us. Sadly we do not think or act the same since we come from a slave mentality, broken houses, and a lack of education. We, as a people, will never be unified. There is not one message that touches us all the same way. We have no trust in the establishment. 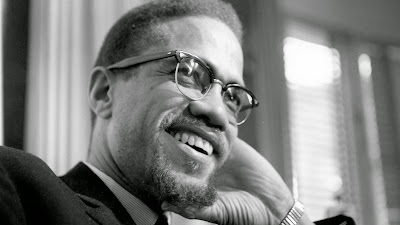 1965 Malcolm X, Black Nationalist and founder of the Organization of Afro-American Unity, is assassinated (Feb. 21)

• State troopers violently attack peaceful demonstrators, led by Rev. Martin Luther King, Jr., as they try to cross the Pettus Bridge in Selma, Ala. Fifty marchers are hospitalized, on what is now called “Bloody Sunday”, after police use tear gas, whips, and clubs against them. The march is considered the catalyst for pushing through the Voting Rights Act five months later (March 7)

• Congress passes the Voting Rights Act of 1965, making it easier for Southern Blacks to register to vote. Literacy tests, poll taxes, and other such requirements that were used to restrict black voting are made illegal (Aug. 10) 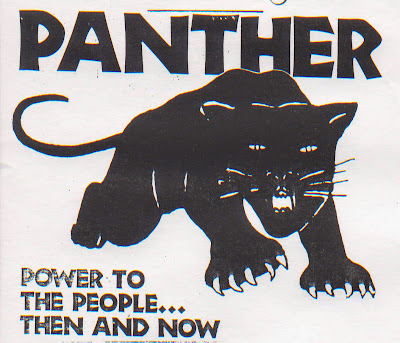 1966 The Black Panthers are founded by Huey Newton and Bobby Seale (Oct.)

“Say it loud, I’m black and I’m proud! James Brown, Ali, Vietnam, segregation, the projects, drugs. It’s all starting to take its toll on us, we are angry, and it’s time to burn this MoFo to the ground! I ain’t no damn slave and I ain’t bailing no hay or picking no cotton. Try to make me do it and see what I do to you! I’m a strong, angry black man and the gate is open. I’m out here, so look out, here I come to get you!!”

I think this image is what scared the hell out of whitey and that’s when the establishment went into protection mode, “We must not let them niggers succeed! We must keep them down, send the watch dogs (the police) to police them, give them drugs and guns, and let them kill themselves. This will prove that they are the animals we know them to be!!”

Since the gains of the 1950s–1970s, African-American communities have been suffering from extremely high incarceration rates of their young males. This is due to a variety of factors that include the Drug War, imposition of sentencing guidelines, cutbacks in government assistance, and restructuring of industry (including the loss of working-class jobs) that lead to high poverty rates, government neglect, a breakdown in traditional family units, and unfavorable social policies. African-Americans have the highest imprisonment rate of any major ethnic group in the world.

The Southern states of the former Confederacy, which had historically maintained slavery longer than the remainder of the country and imposed post-Reconstruction oppression, have the highest rates of incarceration and application of the death penalty.