Bloody Sunday (Not the Northern Ireland one) 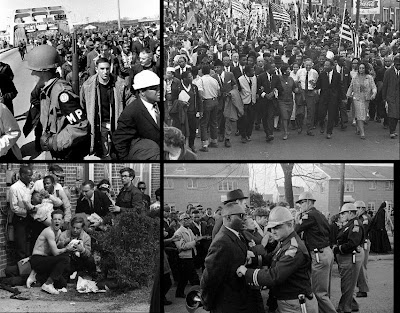 “Bloody Sunday” occurred on March 7, 1965, when 600 civil rights marchers were attacked by state and local police with Billy clubs and tear gas so the march was cancelled. The route taken by the marchers is memorialized as the Selma to Montgomery National Historic Trail. On March 7, 1965, 525 to 600 civil rights marchers headed east out of Selma on U.S. Highway 80. Discrimination and intimidation had prevented Selma’s Black population, roughly half of the city, from registering to vote three weeks earlier. On February 18, 1965, a trooper, Corporal James Bonard Fowler, shot Jimmie Lee Jackson as Jackson tried to protect his mother and grandfather in a café that they fled to while being attacked by troopers during a civil rights demonstration. Jackson died of an infection at Selma’s Good Samaritan Hospital eight days later. The marchers hoped to bring notice to the violations of their rights by marching to the state capitol of Montgomery, Ala.

Watch this video about the anniversary:

Dr. Martin Luther King Jr. called for a march from Selma to Montgomery to ask then-Governor, George Wallace, to protect Black registrants. Wallace denounced the march as a threat to public safety and declared he would take all measures necessary to prevent it. In their first march, led by John Lewis and the Reverend Hosea Williams, they made it only as far as the Edmund Pettus Bridge, which was just six blocks away. State troopers and sheriffs from the county police department, some of who were mounted on horseback, awaited the protestors. In the presence of the news media, the police attacked the peaceful demonstrators with Billy clubs, tear gas and bull whips, and drove them back into Selma. 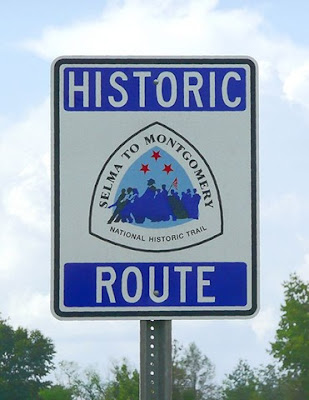 For more information on the Selma to Montgomery “Bloody Sunday” look here: